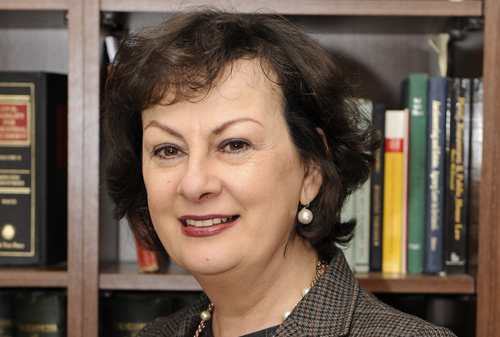 Mairin Stronge qualified as a Solicitor in 1996 and became a Partner in the firm in 2005. She represented the Law Society in 1995 as one of a team of two in the Louis M Brown International Client Counseling Competition, where Ireland came second to Australia. Since qualifying, she has obtained a Diploma in Property Tax in July 2001, a Diploma in Commercial Law in 2009 and also became an Accredited Mediator in 2007.

Conveyancing has been a significant part of her practice with a client base including individual clients but also larger Developers. Her experience includes Commercial, Banking, General Conveyancing, Leasing, Tenancies and Easements.
She also acts in Plaintiff and Defence litigation, both general Civil, Commercial.

You can find out more about which cookies we are using or switch them off in settings.

This website uses cookies so that we can provide you with the best user experience possible. Cookie information is stored in your browser and performs functions such as recognising you when you return to our website and helping our team to understand which sections of the website you find most interesting and useful.

Strictly Necessary Cookie should be enabled at all times so that we can save your preferences for cookie settings.

If you disable this cookie, we will not be able to save your preferences. This means that every time you visit this website you will need to enable or disable cookies again.